Leading Cause of Traffic Fatalities In Illinois

Leading Cause of Traffic Fatalities In Illinois

While other tragedies may make more headlines, fatal car accidents happen every day in Illinois and across the nation. A total of 36,096 people died 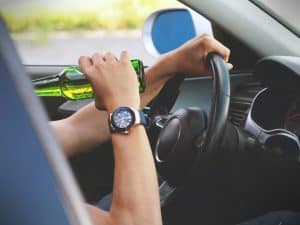 in car accidents from 33,244 motor vehicle crashes in the United States in 2019, according to the Federal Highway Administration. That same year, 1,009 people died in 938 fatal crashes in Illinois alone.

Given how much we drive in this country, it’s not really a surprise that accidents happen all the time. But it’s not how much Americans drive, but how they drive, that takes the lives of thousands of mothers and fathers, sons and daughters, friends and loved ones every year.

Operating a machine that weighs thousands of pounds at high speeds, surrounded by other people doing the same, requires care, caution, and focus. Unfortunately, too many drivers engage in reckless and negligent behaviors that directly lead to fatal car accidents.

Here are five leading causes of traffic fatalities in Illinois and throughout the United States:

In 2019, over 3,142 Americans lost their lives and approximately 400,000 other people suffered injuries in distracted driving accidents, according to the National Highway Traffic Safety Administration (NHTSA). Many of those killed or hurt were not in vehicles – distracted drivers killed 400 pedestrians and 77 bicyclists that year.

Unsurprisingly, texting and cell phone use are the leading distractions that lead to fatal car accidents. Reading or sending a text takes your eyes off the road for five seconds. If you’re driving at 55 miles per hour, that’s like traveling the length of a football field with your eyes closed. A crash is almost inevitable.

But cell phones aren’t the only things that can distract us while driving. Other than cell phone use, other top causes of car accidents include:

Drunk drivers kill almost 30 Americans each day, according to the NHTSA. That means that every 48 minutes in the United States, someone doesn’t come home to their family and friends because of an intoxicated motorist.

In 2017, there were 10,874 fatalities in motor vehicle crashes involving drivers with blood alcohol levels of .08 or higher (the legal limit in Illinois), the NHTSA reports. That constitutes 29% of all traffic fatalities for that year. Here in Illinois, drunk drivers took the lives of 291 people in 2018, according to the Illinois Secretary of State.

An extremely tired driver is just as dangerous as a drunk driver. According to the Centers for Disease Control and Prevention (CDC), a driver who has been awake for 18 hours straight experiences the same level of visual, motor, and cognitive impairments as a driver with a blood-alcohol level of 0.05.

Drowsy driving is especially problematic for commercial truck drivers who may feel economic pressure to stay behind the wheel longer than is safe and longer than federal regulations allow. When a fatigued driver of an enormous 18-wheeler hits a much smaller passenger vehicle, the results are often catastrophic. Nodding off for just a second or two is enough time for a driver to lose control of their vehicle or fail to react to conditions around them. Even drivers who do not fall asleep still experience slower reaction times and confused decision-making that leads to crashes.

Let’s get real: all of us drive faster than the posted speed limit from time to time, or even most of the time. It is estimated that two-thirds of all drivers traveling on the nation’s roads and highways are exceeding the speed limit at any given time. While we may take such conduct for granted and speed without incident, speeding is a common factor in many fatal accidents.

Speeding dramatically increases the chance that a crash will result in the death of a driver or passenger. A speeding driver has less time to react to sudden stops or slowdowns ahead of them. Additionally, speeding also makes cars more susceptible to a loss of control due to weather-related road conditions.

Dangerous road and weather conditions, by themselves, can lead to plenty of fatal crashes. That is why drivers must adjust their behavior and use even more caution when driving in bad weather, through construction zones, or in other hazardous conditions. Unfortunately, too many drivers in such circumstances act like they’re on a smooth open road on a sunny day. Failing to account for unfavorable conditions or engaging in other behaviors like speeding or impaired driving is careless, reckless, and negligent and can be the basis for a wrongful death claim if the crash results in a fatality.

If You’ve Lost A Loved One In A Fatal Car Accident, Lake Forest Car Accident Attorney Kirk Moyer Can Help.

The death of a loved one in a car accident is a loss that no amount of money can ever make up for. But grieving families deserve justice, accountability, and compensation that can help them heal. Lake Forest personal injury lawyer, Kirk Moyer, has earned a reputation for service and success representing and recovering substantial damages for car accident victims in Lake County and throughout Chicagoland. Please contact Kirk today to arrange for your FREE initial consultation.

We use cookies to ensure that we give you the best experience on our website. If you continue to use this site we will assume that you are happy with it.I Accept