Unfortunately, as a Gurnee, IL car accident lawyer, I am all too familiar with the hazardous road conditions located throughout the village and in Lake County. A fatal car accident that occurred about a week ago is part of a troubling pattern of serious car accidents occurring in and around Gurnee.

On February 10, 2020, a woman was involved in a fatal car accident in Gurnee Illinois. The accident occurred near the intersection of Route 41 and Route 21. The 70-year old woman had rear-ended another vehicle and fled the scene near the intersection of Fuller Road and Sterns School Road. The woman continued about a ½ mile before colliding with a semi-truck that was turning onto Route 41 at the intersection. The woman was subsequently pronounced dead at a nearby hospital. According to Lake County car accident statistics, compiled by the Illinois Department of Transportation, this is already the 6th fatal car accident in the county this year. 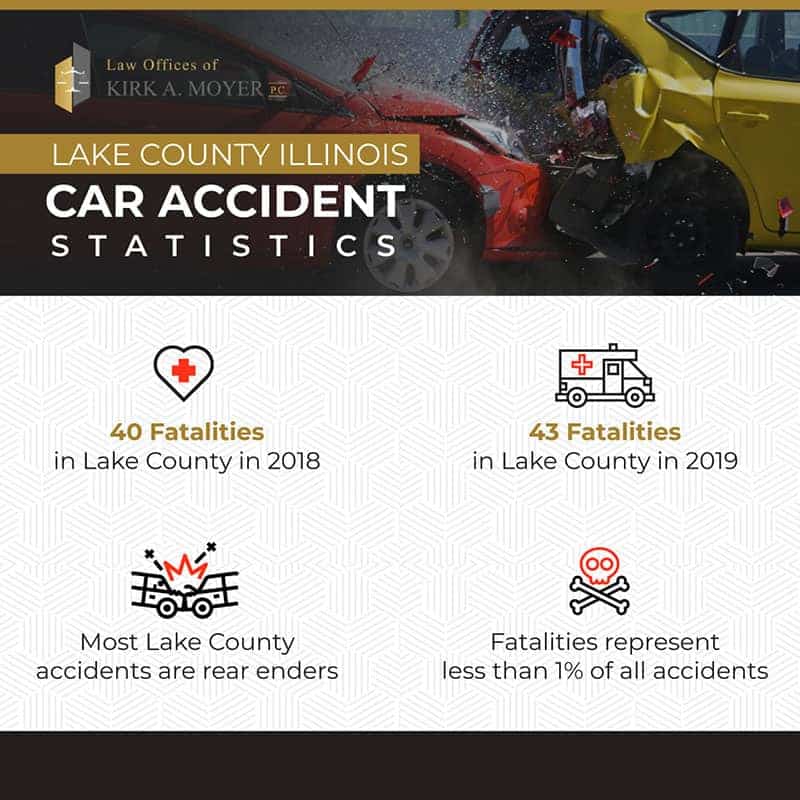 We mentioned above that accidents, particularly rear-end collisions, are more likely to occur in heavy traffic. Gurnee is home to some 31,000 residents. While not a particularly large number, the village’s residents are packed into a fairly tight area. The population density in the village is 2,318.7 people per square mile. Gurnee borders Waukegan, the county seat for Lake County. The city is the 9th largest city in Illinois. Gurnee is also the home of Six Flags Great America and Gurnee Mills which help to make the city a popular tourist destination. In fact, over 26 million people visit Gurnee each year.

The main highway serving Gurnee is Interstate 94. Both Milwaukee and Chicago are easily accessible from Gurnee via I-94. Interstate 94 runs through Lake County. Lake County is home to 703,462 residents, making it the third-most populous county in the state of Illinois. All of these factors lead to crowded roadways and an increased risk of car accidents.

Another factor historically contributing to Gurnee Illinois car accident is the cold and slick winter weather that leads to dangerous road conditions. Icing on bridges like Grand Avenue in Gurnee running over I-94 is particularly bad. According to statistics, there are more than 150,000 car accidents annually due to icy roads. In fact, 17% of all vehicle crashes in the United States occur in winter conditions.

Unfortunately, there is not much residents can do to escape crowded streets or the cold Illinois weather. There are, however, some precautions you can take to avoid a Gurnee Illinois car accident.

At the outset, it is worth stating that if you have the luxury of avoiding the roadways during peak travel times, or not driving in wintery conditions, that will always be your best bet. If you are like most of us, however, driving during these times are simply unavoidable.

Here are some safe driving tips you can follow when driving in heavy traffic.

By following these tips and other safe driving habits, you will greatly contribute to making the roadways in and around Gurnee safer.

If you have been involved in a car accident, contact an experienced Lake County car accident attorney to discuss your rights and options.