If you suffered injuries in a prior crash, or had any other pre-existing injury or medical condition at the time you get into another accident, 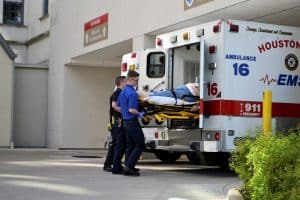 the other driver’s insurance adjuster will likely try to use those conditions to diminish or deny any claim or liability for your current injuries. They will assert that your injuries were not their driver’s fault but were there before the accident.

But a skilled car accident attorney won’t let them get away with such tactics. Instead, they will be able to prove that the accident exacerbated or aggravated your earlier injuries and that the other driver is responsible for the additional damages caused by their negligence.

What Is Exacerbation Or Aggravation of a Pre-Existing Condition?

In the context of a car accident lawsuit, aggravation or exacerbation of a pre-existing injury refers to the degree that an existing injury or condition that the victim had before the accident was made worse by the crash that forms the basis of the lawsuit. For example, suppose a plaintiff had previously suffered a neck injury, even one that fully healed. In that case, a rear-end collision can cause new damage or intensify the pain and immobility experienced earlier.

When you file a car accident lawsuit, you are asking for compensation from the other driver for injuries and losses you claim they caused. During discovery in your case, the other driver’s insurer will get access to your entire medical history, including any treatment or diagnoses regarding prior injuries. The insurer will take the depositions of the doctors who treated you for those earlier injuries and hire their own expert witnesses to offer what will no doubt be opinions that will support their claim that your injuries were not their driver’s fault.

How Your Car Accident Lawyer Can Prove Exacerbation

Your lawyer will need to prove to a judge or jury that the medical bills you incurred, the time you spent off the job, and the pain and suffering you experienced were not entirely or not at all due to any condition you had before the accident. This involves a lot of before and after comparisons of your medical and employment histories and abilities.

Your medical records and your doctors’ testimony about your earlier condition and recovery will be contrasted with what is shown by the records and testimony involving your recent injuries. If your employment history shows that you have a solid employment history with minimal absences but now cannot work, that can go a long way towards demonstrating that your recent accident is why you aren’t earning a paycheck. Witnesses can describe changes in your physical, emotional condition before and after the accident and the impact it has had on your day-to-day life.

Other Ways Insurance Companies Can Use A Prior Accident Against You

The other driver’s insurance company will undoubtedly try to get evidence of your driving history, including any accidents, in front of the judge or jury in your injury case. Insurers are in business to make money, and every dollar they pay out in settlements or judgments is a dollar out of their profits. They will do everything they can to minimize their liability in your case or get out of paying anything altogether. The more facts and evidence that an insurer can gather and introduce that calls into question your claims and credibility, the better it is for them and the worse it is for you.

If you filed a lawsuit after your earlier car accident or have filed multiple personal injury suits, claims for disability benefits, or workers’ compensation claims, the insurance company attorney may try to make you look like a serial litigant who sees every accident or mishap as an opportunity to make money. This will make you seem less like a victim and more like a villain.

All of this may seem terribly unfair when you know that one accident has nothing to do with the other, says nothing about your fault or character, and doesn’t change the fact that you suffered horrible injuries caused by the other driver’s negligence. You don’t want to let your insurance adjuster deny your claim without speaking to an attorney.

If You Need A Car Accident Lawyer, You Need To Call Kirk Moyer Today

If you were hurt in a car accident, you deserve compensation for any losses that accident caused and any injuries that the accident exacerbated or aggravated, regardless of your earlier condition. Lake County car accident attorney Kirk Moyer has earned a reputation for service and success representing and recovering substantial damages for injury victims throughout Chicagoland. Kirk won’t let car insurance companies get away with nickel-and-diming his clients or hide from their responsibilities. If your insurance company denied your claim, Kirk can fight for you. He knows their goals and their tactics and will not be intimidated by their posturing and pressure.